It's no secret that Sex Offenders are not well liked. Vigilante groups, those who would take the law into their own hands, are everywhere. One of the most visible is on Facebook, and goes by the telling name of "No Peace For Predators". In their view, all Sex Offenders are predators - and their name gives away their true intentions: to harass, threaten, intimidate, and otherwise make life miserable for anyone unfortunate enough to find themselves on the Registry and in their area of operation. Particularly telling is that their logo is a set of brass knuckles. 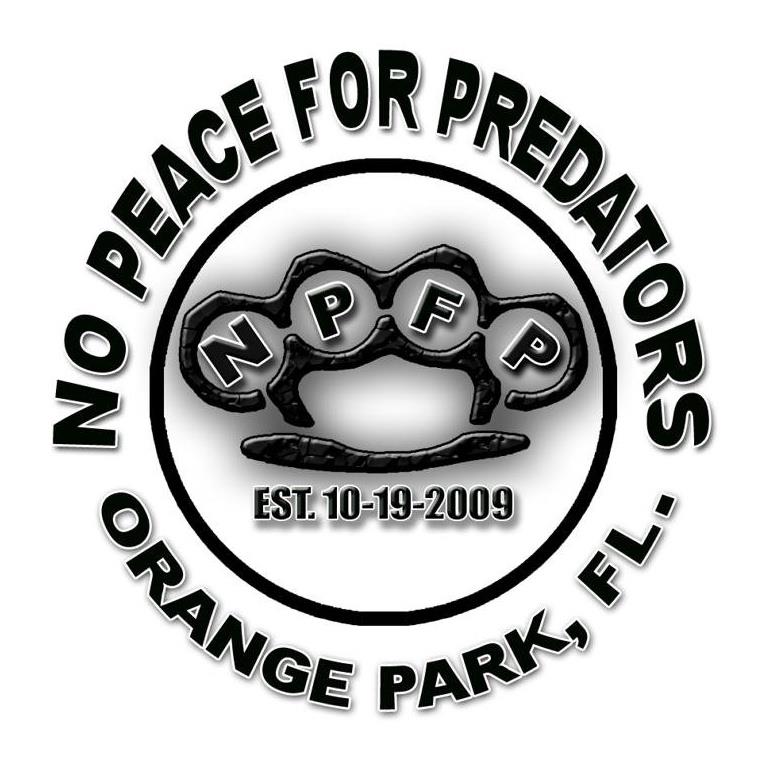 So, it was quite interesting when I found this on their Facebook page: 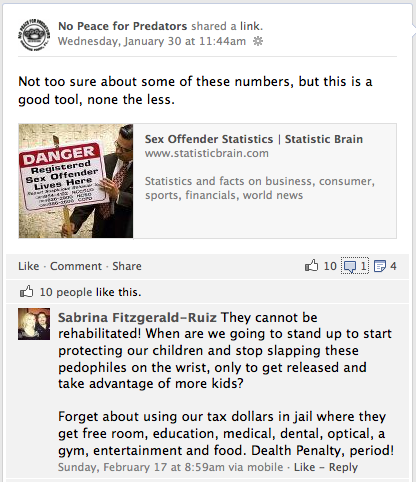 What's this? A link to actual facts about Sex Offenders? Let's investigate and see what's here: 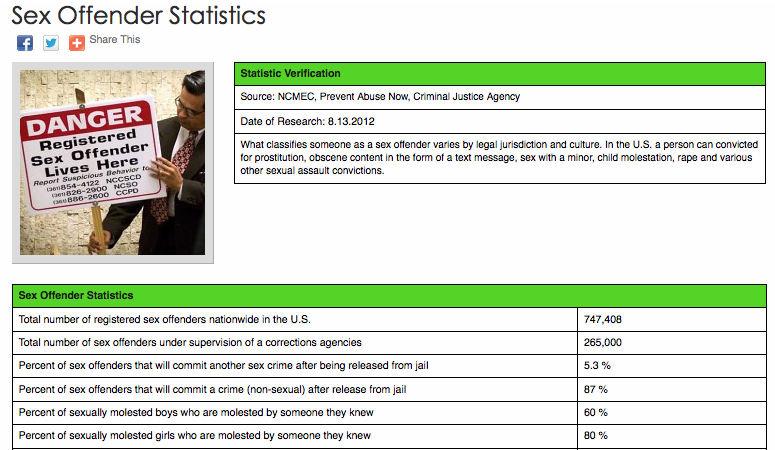 I'm moderately impressed that NPFP would link to actual statistics from credible sources. But, let's go back to the original post: NPFP states that, while the linked site is "a good tool", they're "not too sure about the numbers". In short, even though they found the link and posted it, they don't believe it's true.

Why is that, NPFP? Is it because the facts don't match up with what you've been led to believe? Is it because you feel a bit of a twinge of conscience when you harass someone who poses no danger to anyone?

Notice the comment left by Sabrina Fitzgerald-Ruiz - even in the face of evidence that 94.7% of sex offenders pose no risk for committing another sex crime, despite the fact that 60% of boys and 80% of girls are molested by someone they know and not a stranger on the registry, she and others believe that Sex Offenders cannot be rehabilitated.

If you think that a 5.3% recidivism rate is too high, you're right. It should be 0%, in a perfect world. But we don't live in a perfect world, because if we did, the initial crime would never have happened, which would negate the possibility of recidivism.

But, let's put that recidivism rate in perspective. The State of Tennessee conducted a study in 2009 (story link) that tracked the recidivism rates for DUI, robbery, and rape for the 5 years between 2002 and 2007. Here's what they found:

Sabrina Fitzgerald-Ruiz complains about a system that "slaps (offenders) on the wrist, only to be released" again. I submit that she's worried about the wrong group of offenders.
Posted by The SO Next Door at 12:53 PM
Email ThisBlogThis!Share to TwitterShare to FacebookShare to Pinterest