This is not the hero you are looking for... 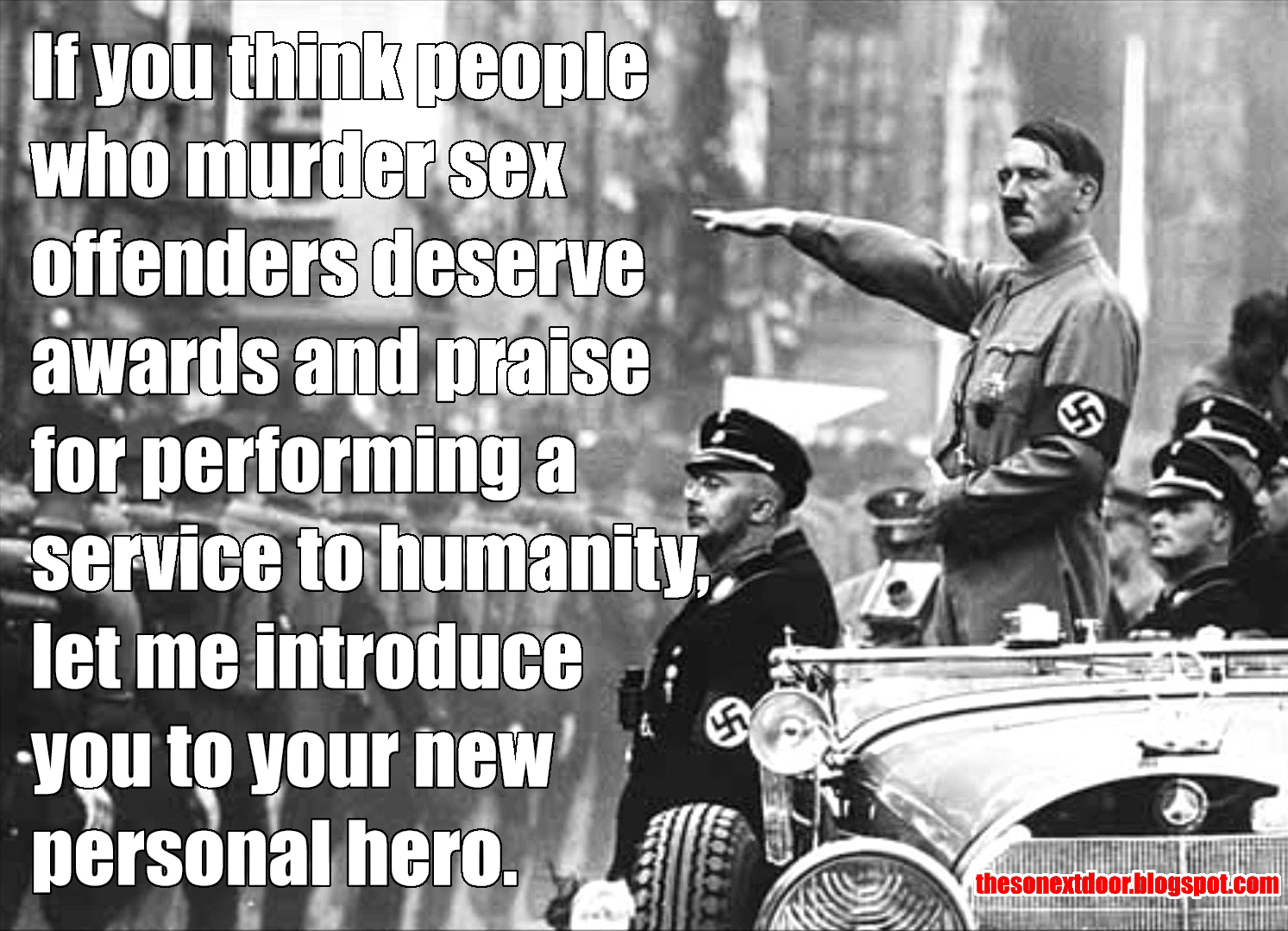 In November of 1934, the Law against Dangerous Career Criminals is passed in Nazi Germany, and permits the detention and castration of sex offenders and others guilty of "racial-biological" crimes. Along with over 6 million Jews, they are sent to concentration and labor camps, where they are ultimately killed.

Sources: facinghistory.org, Wikipedia.
Posted by The SO Next Door at 6:03 AM 1 comment:
Email ThisBlogThis!Share to TwitterShare to FacebookShare to Pinterest

In 2013, in South Carolina, Jeremy and Christine Moody murdered Charles and Gretchen Parker.

The victims of these crimes were Sex Offenders. In each of the murders, the killers admitted to planning to continue tracking down and killing Sex Offenders until they were caught. These are but three examples of a disturbing trend regarding Sex Offenders, and the link between them is clear - in every case, the Sex Offender Registry was used to identify and track down the victim.

The question must be asked: why is this happening? The stated purpose of the various Sex Offender Registries is to inform the public in order to promote awareness and safety. However, inflamed passions and the twin myths of high recidivism rates and the ineffectiveness of rehabilitation lead to beliefs such as this:

Given that the general public has proven that they cannot handle information such as the Sex Offender Registry in a responsible manner, the time has come for that information to be removed from the public view.
Posted by The SO Next Door at 7:13 AM 1 comment:
Email ThisBlogThis!Share to TwitterShare to FacebookShare to Pinterest
Newer Posts Older Posts Home
Subscribe to: Posts (Atom)